You are here: Home / Uncategorized / Responding To Offensive Behavior At Work

Responding To Offensive Behavior At Work

Responding to offensive comments or behavior at work, whether it’s a passing comment or a direct insult verbally or behaviorally, is imperative if there is to be any possibility of change.

Generally speaking, people want change, but less common is the individual willing to take responsibility for what they can do to bring about that change. It all starts with the individual’s personal resolve to take action on what he can control. It requires intentionality and focus on the goal.

Then and Now: My Own Experience

Many years ago, a young me experienced what would be terminatable behavior nowadays. I worked hotel security under the leadership of an influential supervisor who had a tendency to sway, and by shear charismatic ability, put others up to compromising behaviors. I was, of course, rather naive at that stage in life, but not ignorant to the fact that something needed to change and with urgency.

Being the only female at the time, I started finding myself at the receiving end of offensive jokes that were not only offensive to me, but potentially awkward for others. At first, without knowing what else I could do, I chose to ignore it but also not encourage it, and later I finally let him know how it bothered me. I found that ignoring the behavior was only igniting an escalated desire to get a response from me at any cost.

Episode One: The Incident

Before long, I found myself among peers who joined the crass joking and inappropriate remarks. One particular incident stands out. It happened while I was at my monitoring post, which was in very close proximity to a cabinet containing keys regulated by a documented check-in and check-out process. In a matter of a few minutes, the entire department of on-duty peers entered with my supervisor. They were all males, most of whom were new to the job and easily swayed.

One of them had keys to check in, but the space between myself and the cabinet had only enough room for two people to navigate comfortably, and yet, my supervisor instructed one of them to put their keys away and “watch this.” I thought little of it until I realized he had come to lean over me at my post, where there was limited room for me to get out of my chair.

I asked him to give me space.  My response? I was livid and made that very clear. He and the guys laughed, but one was quite offended that I had been treated that way.

I confronted the offender, knowing that it had to be done for myself, my self-esteem, and my own self-respect. Clearly, I was being disrespected by others. I recall the response vividly: the offender was told that it was not okay and would not happen again without consequences.

Episode Two: It Didn’t End There.

I would like to say it ended there, but one more ensued.

I immediately shut the book, as snickers and shock came across a couple of my peers’ faces, and then asked clearly who was responsible for putting it there. It was disclosed that one of the guys had been put up to it by my supervisor – who, by the way, was laughing the hardest. It seemed he had finally gotten the long sought-after response from me, and while it gave him great pleasure, it only escalated my determination, which was fueled by anger. In the moment, he was not prepared for the action I took, as I said nothing more, walked out the door with magazine in hand, and put it on the HR director’s desk.

“This is no misunderstanding,” I said. “Something has to be done.”

I did my part; HR did their part. Consequences ensued, and in this case, it was termination for the one violating policy and others.

Evaluating the pros and cons is harder in the moment, I understand. That’s why I try to streamline the thought process, equipping people to make those choices more quickly and confidently now.

Defend without putting them on the defensive.

How did you draw attention to the bias or offensiveness without putting the other person on the defensive? That’s almost impossible. The best you can do is to be objective; remove feelings from the equation and focus on the problem.

Which will you choose?

Either way, know that behavior is largely a byproduct of its immediate environment. People generally follow the behavior modeled. If things are ignored by the offended, others may think it’s okay behavior and do the same. Remember this simple analogy from the airline industry: If oxygen pressure is lost in the cabin, you must put the oxygen mask on yourself first, then you can be of help to others.

END_OF_DOCUMENT_TOKEN_TO_BE_REPLACED 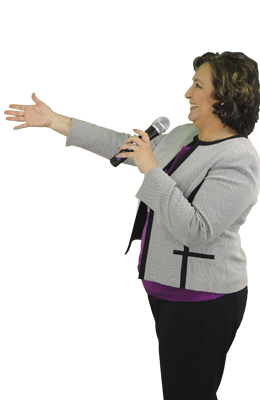